Only I Can Improve My Life

Read This! Digest It - Put Into Action! 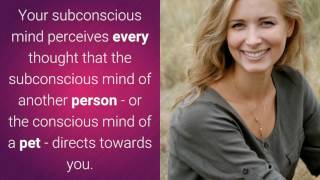 Biologist Rupert Sheldrake did enough research on the intuitive powers of pets to fill an entire book. It was called, "Dogs That Know When Their Owners Are Coming Home: And Other Unexplained Powers of Animals." In it, Sheldrake documents extensive cases of animals' telepathic communication, awareness of distant events and precognition of danger. His book was written before the December 2004 tsunami which hit the coasts in Southeast Asia. In that disaster, more than 3,000 huma

Top 4 Home-Buying Problems You May Face

How Exercise Can Help With Your Addictions

Correct Way to Pop a Pimple

Optical Illusions That Will BAFFLE You

If You Stop Using Shampoo On Your Hair For a Year.

What Makes a Good Model?

Lessons Most People Learn Too Late in Life

Detoxification Bath etc For Children and Yourself